When I started, “iPittytheBull”, it was only supposed to be a blog about my dogs and my journey through animal rescue. The idea came about through a good friend of mine and I also felt like I was flooding my social media feed with nothing but dog posts and just like that, “iPittytheBull” was born. As the months have gone by, we have grown considerably leading people to ask the question, “What exactly is iPittytheBull?” Are we a rescue? Are you planning on starting your own rescue? Are we a clothing company? Are we trainers? What. Do. We. Do? 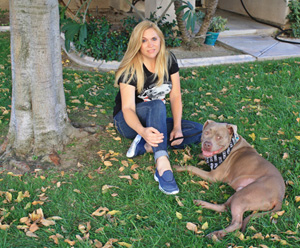 Yes, we foster and volunteer but we are not a rescue. We’re not trying to be a rescue and it’s not in our plans. We have the utmost respect for all the rescues we’ve come across and we will continue to work with rescues but we have no plans to open up a rescue.

Yes, we sell merchandise but we are not a clothing company. We sell merch to promote our company and it also gives a chance to donate a percentage to various rescues across the country. The rest of the money we put back into the company with the goal of opening up our own boarding facility in the near future! 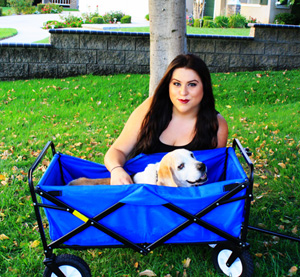 iPittytheBull is an organization that promotes responsible pet ownership. Aside from educating people on things such as BSL and debunking negative “pit bull” stereotypes we also rely on our vast network of people to help you become a better leader for your dog regardless of the breed. We promote pet adoption but we truly believe the best way to save a dog is to keep yours. Our mission is to Educate, Advocate and Never Discriminate.

people DON’T like those things but it doesn’t stop me from liking them. As we continue to grow, I hear the whispers and the “not so whispers” that we only do this for the social media following or we do it for ourselves now and not the dogs. The list goes on and on.

Most days the support I receive daily from everyone from all over the world is much louder than those whispers but if I told you it didn’t bother me from time to time I would be lying to your face. However, I do have a team of people behind me who believe in this and they lift me up more than they realize. We have been fortunate enough to work with some of the best educators out there 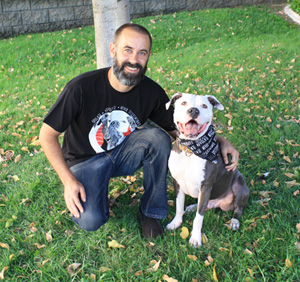 in the dog world and we truly believe that education is the key to saving dogs. Let’s face it; nobody is going to hire a 38 year old man who’s had 7 concussions to do anything no matter how much experience I’ve had. So I’ve managed to put myself and the people around me, the people who believe in my vision, in a position to not only work with the animals they are so passionate about but to make a living doing it, as well.

And at the end of the day, when the whispers have become voices shouting in my head, I need only to look at my pack of animals, who all at one point were homeless or unwanted, to be assured that I’m doing exactly what I’m supposed to be doing.

I can already see the sign lighting up for our boarding facility now.